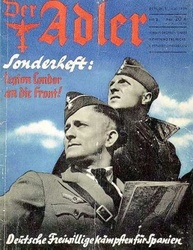 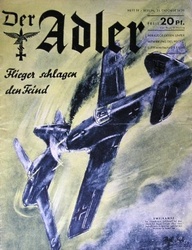 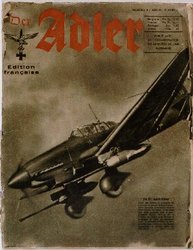 Stab/JG52 takes part in the Battle of France online campaign hosted by Storm of War. We are very excited about it and look forward to meet new people and make inter squadron bonds (and have fun flying as well).

Stab/JG52 returns to Cliffs of Dover thanks to the unofficial patch provided by Team Fusion. It can be found on the ATAG forum

Happy new year everybody! Stab/JG52 starts into the new year in Rise of Flight as "Jasta 52"
NEWS 2012

For more information check out:

We'd like to officially welcome Driver to our squadron, <SA>!

We'd like to officially welcome Driver to our squadron, <SA>!

Other news of October 4th :

The son of a merchant, Günther Rall was born in Gaggenau on 10 March, 1918. He entered military service as an Fähnrich in the Army in 1936. The following year, he entered the War Collage at Dresden where he was influenced to transfer to the Luftwaffe. He qualified as a fighter pilot in 1938, and was sent to JG 52 which at the time was based near Stuttgart. He saw his first combat during the Battle of France, and it was during this particular campaign that he began his personal victory score when on 18 May he shot down a Curtiss Hawk 75A from GC II/5, piloted by Czech pilot Sgt.Chef Otto Hanzlicek (which saved his live with chute). Shortly afterward, his unit was transfered to Calais to take part in the Battle of Britain. Shortly after beginning operations, he was given command of 8./JG 52 on 25th July and on 1st August he was promoted to Oberleutnant. By October, though, the Staffel had been withdrawn from combat operations in order to rebuild the losses suffered. After being brought back up to strength, the unit was sent to Rumania to defend the oil refinaries and bridges over the Danube during the German occupation of that country in the spring of 1941. In late May 8./JG 52 took part in Operation Merkur, the airborne assault on Crete, providing support for the German parachute and mountain troops. By this time Germany and the Soviet Union were at war and so once the Creten operation was over 8./JG 52 was hurried back to Rumania, where Russian bombers were attacking the refinaries. In five days Rall and his men destroyed some 50 Soviet bombers and were next sent to the southern sector of the Eastern Front. Here, however, Rall suffered a severe setback - after destroying his 36th enemy aircraft he himself was shot down by an I-16 and in the resulting belly-landing in a gully he broke his back in three places. He was paralyzed for a long time on the right side and the right leg. It was not until August 1942 that he was back in action, but in the first three months after returning to oparational duty he raised his score to over 100 victories, being awarded by Hitler on November 26th the Oak Leaves. In April of 1943 he was promoted to Hauptmann and given command of III./JG 52 on 6th July. He scored his 200th victory on 29th August 1943 during his 555th mission, and on 12th September 1943, the Führer awarded him the Swords to his Knight's Cross. In October 1943 alone, he downed over 40 Soviet planes.
NEWS 2007

April 4th
*Schatten returns to his desk @ OKL after an extended absence, looks at his "in-box"
& wonders if he'll ever get caught up on paperwork.* LOL ;)

We'd like to officially welcome Tettie to Eagle staffel! <SA>!

And we also have some promotions. :)

February 10th
Restored our movie files yet again. This time with YouTube.

February 9th
New forums are up, compliments of Zerstorer. :)
Everyone will need to register. ;)
If the "Forums" button doesn't take you to them, refresh your browser and try again.

January 6th
We hope that everyone had a safe and Happy New Year. :)

The first thing brought to my attention today is that our beloved forum seems to have vanished. It is not known yet whether this is because the service host possibly went out of business, just terminated our account (perhaps we were taking up too much space) or what. I know this is VERY aggrevating and a major disappointment. Its like coming home to find your house has been wrecked and your possessions stolen. Lots of hard work had been put into many of the squad-secure topics and now it is apparently "just gone". Needless to say, I'm not amused by this one bit! Rest assured though that I will get us another forum up and running in the next day or so. I'll also be working on creating a new area in which to keep our training materials secure so that hopefully this sort of thing doesn't happen again. However, as to be expected, it will take some time to recover from.
Powered by