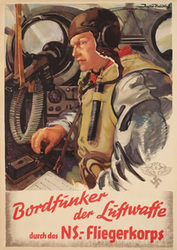 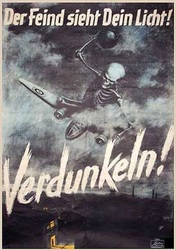 WE'RE LOOKING FOR PILOTS WHO WANT TO JOIN A SQUADRON AND INTEND ON FLYING REGULARLY.
YOU NEED NOT APPLY IF:
A.) YOU'RE UNDER 18 YEARS OF AGE
B.) YOU'RE NOT SURE IF & WHEN YOU CAN JOIN OUR SQUADRON OR YOU DON'T HAVE TIME TO FLY REGULARLY
C.) YOU HAVE A PROBLEM WITH TAKING ORDERS
D.) YOU CANNOT RUN CLIFFS OF DOVER / RISE OF FLIGHT REASONABLY WELL
E.) YOU LACK EVEN THE MOST BASIC FLYING & PILOTING SKILLS (TAKEOFF/NAVIGATION/LANDING)

GRANTED, WE KNOW THAT NOT EVERYONE CAN BE AVAILABLE TO FLY ALL THE TIME.
EVERYONE HAS A REAL LIFE THAT MUST COME FIRST.
BUT SORRY, WE DON'T HAVE TIME TO WASTE.
WE'D RATHER BE FLYING THAN PROCESSING OR TRACKING DOWN DEAD-BEATS !!!

Stab/JG52 "The ButcherBirds" Squadron is looking for pilots dedicated to flying German aircraft in IL-2 Sturmovik: Cliffs of Dover and Rise of Flight. We've also been known to fly aircraft of other nations within the Axis/Central forces. (Hey, what can we say? We just have an affection for the Axis & Central Powers.)

Recruits should preferrably be of legal age (18+) and proficient with the english language, other than that there are NO requirements based on age, gender, race or nationality.
You MUST have a sense of honor and conduct yourself in a manner consistent with good sportsmanship.
We DO NOT promote or advocate Nazi ideology!

Please note that this does not mean that after a successful end of the probation period you are then allowed to disappear for weeks without an excuse. People who have not stated a reason for their absence and have not been seen flying with the rest of the squadron for a month will be put on the MIA list, after two they will be put on the KIA list and stripped of their membership rights. This might sound harsh but our past experiences have led to this rather strict set of rules.

VOICE COMMS: Ventrilo & Teamspeak (and of course a microphone)
These are absolute requirements to be a member of our squadron!
If you don't have them now, you will be expected to get them ASAP. 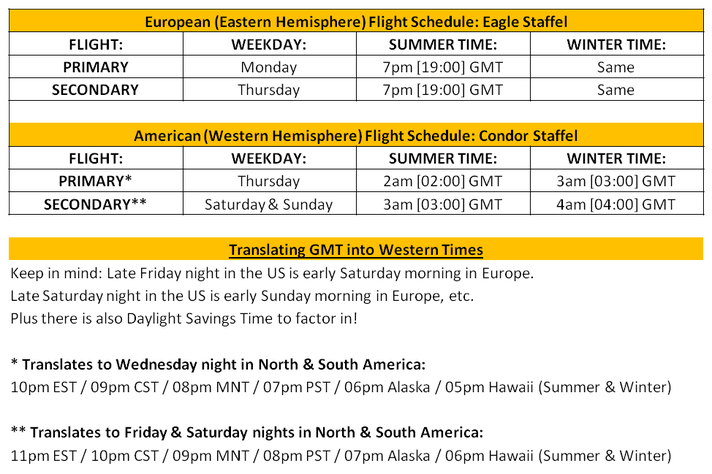 There are rules here in this squad and they will be followed to the letter!  If you are in violation, your termination will be swift!

ALL PILOTS ARE TO FOLLOW THESE BASIC RULES:
1.) No pilot shall provoke fights or taunt others ingame and/or on forums. This includes harassment via chat, email, forum posts, guestbooks, voice comms, or any other means!
2.) You are to show respect to all others, including members of other squadrons.
3.) As a member you will be an officer and as such your behavior reflects upon the rest of the group. The overall goal is to have fun and promote comradery, but please be considerate when it comes to the use of profanity. Remember, there may be others present that may take offense. Profanity is absolutely unacceptable and will not be tolerated!
4.) Keep all squad information to yourself........no exceptions!
5.) Squad uniforms are to be worn as issued, without question.
6.) No member of Stab/JG52 shall simultaneously be a member of another squad that is actively based or competes within the same combat flight sims.
7.) All members are to abide by the squad's Rules of Combat.

If you understand this and are in agreement, then fill out the below Application Form

You will then be contacted by one of our officers and given a formal application to fill out and return.

Thank you, your message has been sent
Powered by